Doug
Pfeiffer
(1927)
Contributor to the improvement of ski journalism. Considered as being "the creator of acrobatic ski".
Inducted in 2016

This Canadian born ski journalist began his skiing career as ski instructor in the Laurentians, at the famous Snow Eagle Ski School at Gray Rocks. In the early 50s he immigrated to the US where he taught at Squaw Valley under Emile Allais. Doug has had several careers sequentially as well as concurrently. For over 10 years from 1962 to the late 70s he published several important ski publications including SKIING Magazine. This turned out to be a decade of innovative journalism with the hiring of skilled ski journalists, the development of novel graphic presentations and the introduction of objective ski testing. Doug is also known as “the father of freestyle skiing. 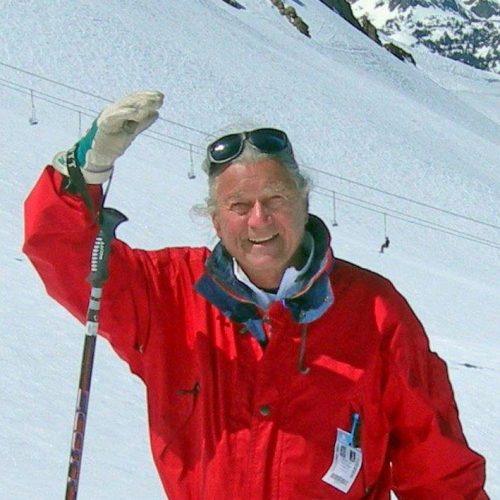