Mimi
Séguin
(1932)
Psychological,technical and logistical support to skiers of her ea
Inducted in 2014

Mimi Séguin was an elite skier who skied with the best skiers of her time, including Lucile Wheeler, Ann Heggtveit, Joanne Hewson and Gigi Seguin (her sister). After she was injured, she put her carreer on pause and continued to follow, on her own, her colleagues and friends to give them technical, psychological and logistical support. This kind of support didn’t exist at that time except for the Olympic Games and World Championship. The gold medalist and world champion, Lucile Wheeler said that an important part of her succes was because Mimi was there to support her in international events at the time. 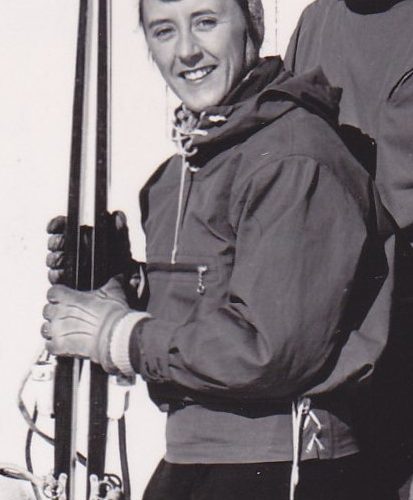