Alex Kerr-Gillespie was born in Montréal in 1919 and moved after in the Laurentians with his family. Along with his brothers and sisters, he was going to school. That trail was later known as the “Gillespie Trail”. In 1936, he finished first in the Junior Tachereau at Mont-Tremblant. In 1940, he is the Provincial cross-country senior champion. The same year, he won the Cochand Trophy in the Laurentian Cross Country Invitational Meet at Sainte-Marguerite. Between 1940 and 1945, he taught the techniques of alpine and nordic skiing at a number of Laurentian Inns. 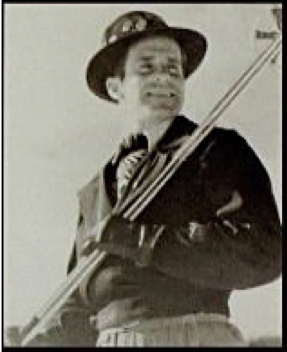