From 1973 to 1989, Conrad directed the Mont-Tremblant Ski School. He was both participant and coach of the Canadian Ski Instructor’s’ Alliance team at Interski. He coached at all levels, Club de Ski Mont-Tremblant, Laurentian Zone, Quebec Team right up to the National Team. He influenced many young racers and helped them attain their full potential. As a career coach he introduced his three sons Christian, Erik and Stephane to ski racing. All did very well, particularly Erik who had several top-threes on the World Cup Circuit including one victory in downhill at Garmisch-Partenkirchen. 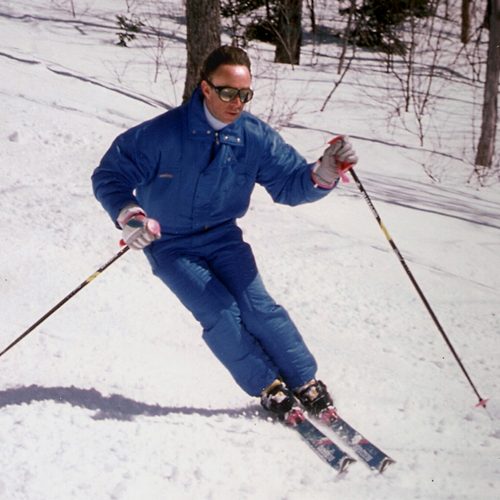