The Laurentian Ski Zone has a colourful and rich history which can be traced back to the formation of the Montreal Ski Club. The club, the first ski club in North America, gave birth to the Laurentian Ski Zone in September 1904. When it was inducted, this organization was regrouping more than 1,000 competitors in 22 clubs from Montreal, the Laurentians and Lanaudière. The Laurentian Ski Zone which celebrated in 2004 it’s 100th anniversary has played, since 1904 a leading role in the development and promotion of ski racing in the region. 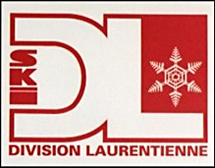