John Clifford was born in Ottawa in 1923. He has been a builder of skiing throughout Canada. In 1948, he developed the North side slopes and installed the first North side chair at Mont-Tremblant. In 1949, he was the top Canadian at the Mont-Tremblant Canadian Championships. He installed the Laurentians first snowmaking systems at Mont-Gabriel and Gray Rocks in the early 60s. In 1945, he opened the first rope tow on Mort’s Hill at Camp Fortune. In 1956, he installed the first T-Bar at Camp Fortune near Hull, then the first chair in 1960. In 1946, he worked his way to Chili to compete in the Ski Union of the Americas Games as Canada’s one-man ski team. He won two gold medals. In 1950, he initiated the Kiwanis Ski Schools in Ottawa as well as six other schools afterwards. He helped develop the Thiokol, Flextrac-Nodwell and Bombardier grooming machines. He installed snowmaking at 65 ski resorts across Canada. In addition to Camp Fortune, he built Mont-Sainte-Marie and Mont-Cascades in the Gatineau Hills as well as Mount-Pakenham in Eastern Ontario which he now owned and operated. 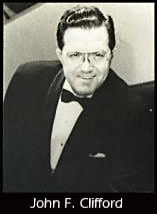