Mark Labow became a patroller in 1948 and was still active when inducted into the Laurentian Ski Hall of Fame. From recruiting of potential patrollers to training first aid instructors to implementing patrols on the hills, developing accident prevention programs, management and presidency, Mark has done it all. He has travelled the world, from the Far East to Europe, Asia, Australia and points in between to create and organize the Fédération internationale des patrouilles de ski, an association of ski patrol organizations from 15 countries around the world. The purpose of the organization is to exchange ideas to make skiing safer. 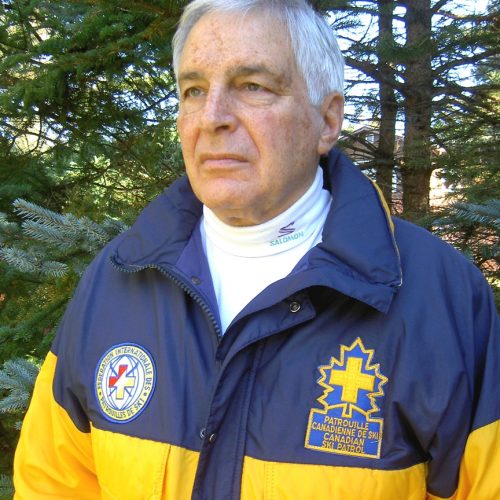