Phil
Shaw
(1966)
Cross-country athlete known for his originality and involvement.
Inducted in 2006

Although Phil began skiing in elementary school, it is only at the age of 20 that he gets really interested in the sport. Already considered too old for the National Team he decides to focus on becoming the best possible skier in his age group. It is however his originality and deep implication in the promotion of health through cross country skiing that makes him worthy of this special recognition. His message “stop smoking, exercise more and eat sensibly. 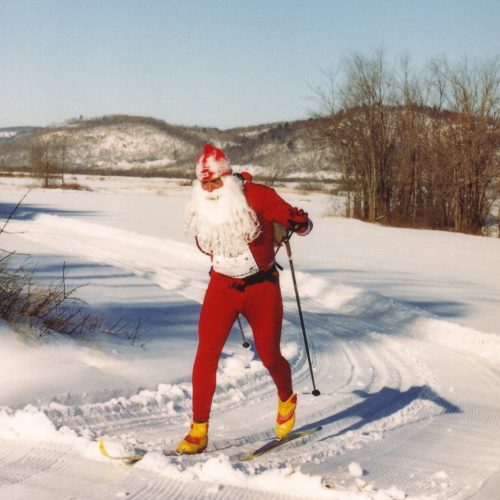