The Red Bird Ski Club (RBSC) was founded in 1928 by McGill graduates W. Bill Thompson, Colonel Wilfrid Bovey, A. Harry Pangman and H. Sterling Maxwell. They organized and ran the first Quebec-Kandahar in 1932 upon request of the Kandahar Ski Club of Switzerland. In 1934, they dedicated a ski slope in Saint-Sauveur to Sir Arthur Currie (principal of McGill University) in memory of his Canadian victory at Hill 70 in France in World War One in August 1917. From 1928 to 1952, the RBSC had a member on each of the Olympic Teams. They wrote the first Canadian ski instruction manual in 1939. The RBSC organized and ran the Ski Hawks ski school from 1962 to 1988. The RBSC sponsors on-going programs for youth development in alpine racing. 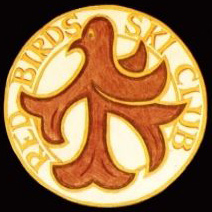