Roger
Milette
(1925 - 2018)
Contributor to the development of sports in Québec and founder of clubs.
Inducted in 2006

In 1935, at 10 years old, Roger Milette made his own skis in order to ski on Mount-Royal. In 2006, at 81, he was still skiing and competing. In those 71 years, he contributed enormously to the development of the sport in Quebec. At the end of the 40s, skiing was still an elite activity. In 1949, Milette thought it was time for Montrealers to enjoy the sport so he created l’ Association des Clubs de Ski de Montréal (ACSM) in order to make skiing a more popular activity. After the members of the clubs became parents, he founded Fami-Ski in 1968 and then, in 1993, he created Ski bon âge, a club with the goal of promoting skiing for the over 50 years old. 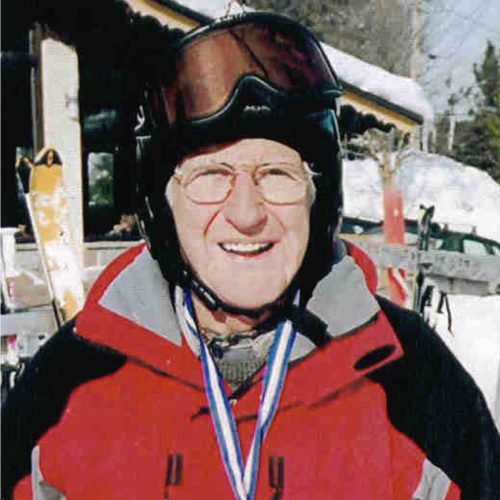