Bev (1935-) and Biff Waldorf (1929-2011) are among those whose entire lives revolved around skiing. While neither has ever had an elite racing career or a paying job related to skiing, both spent countless hours skiing, training for skiing, racing true amateur style, raising a generation. The spent countless hours volunteering to help various ski clubs such as Ski Jays, Ski Chicks, Baby Bears, The Penguins and The Twinski Club. Bev was also the first women to be awarded the Dave Murray award for competitor of the year in 1992 in the Canadian Masters Series. It is for those innumerable hours spent in the background that both Bev and Biff deserve admission to the Ski Hall of Fame 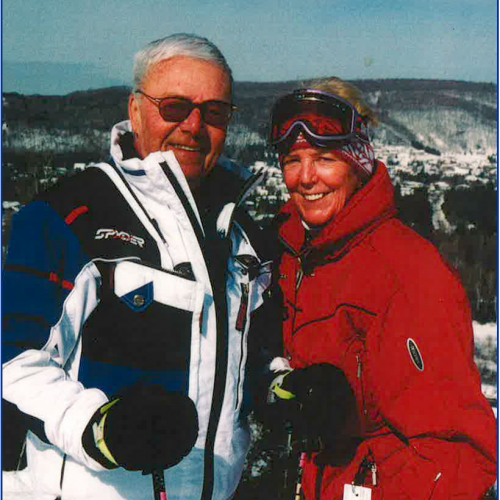