Claude
Girard
(1940)
Creator of the Molstar circuit which permitted everyone to partcipate in competions with less rigid settings.
Inducted in 2013

Claude Girard was president of the Quebec Ski Federation for 5 year in the 70s. It was during his mandate that the idea of an Elite ski team for Quebec was conceived. That team has since become known as the Quebec Ski Team. It had and continues to have great success. Shortly after the creation of the Quebec Ski Team all other provinces forming their respective provincial teams. Towards the end of the 1980s he became vice-president of Club de Ski Mont Tremblant a position he will keep for nearly 15 years before taking on its presidency for four years. He also set-up the Molstar Circuit which allowed anyone to participate in ski racing in a less serious environment. To this day, he remains active on the ski scene as coach for parents/volunteers who wish to work at ski races during the season. 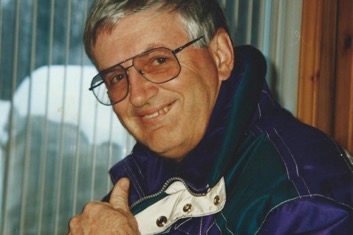