The Martian Ski Club was started in the Saint-Sauveur area in the late 50s by a group of young men who shared a love of skiing mixed with the good times. The Martians had a reputation as one of the zaniest and yet one of the keenest clubs in the Laurentians. On the serious side, the members were very active in competitive skiing. Many young boys were recruited, coached and supported financially in the racing program which had, as its goal, “to put a Martian in the Olympics. In March 1985, over 600 former Saint-Sauveur skiers were gathered in the village for a weekend reunion that shall remain one of the best events ever held in the Laurentians. They came from Canada, Europe and United States. 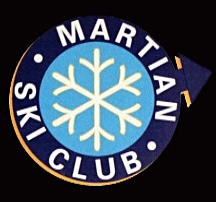