Mike
Loken
(1924)
He develloped and maintained a large nework of cross-country ski trails.
Inducted in 2011

A Norwegian who immigrated to Canada in 1953 and eventually to Sainte-Anne-des-Lacs in 1958, Mike Loken has since been very active at developing and maintaining a cross-country trail network of which the « Loken », trail remains very popular with skiers from the region. At 85, he is the « Jackrabbit » of Sainte-Anne-des-Lacs. Every year, he continues to clear trails. A skiing builder in the true sense, he has contributed to the promotion and health of cross country-skiing in the Laurentians. 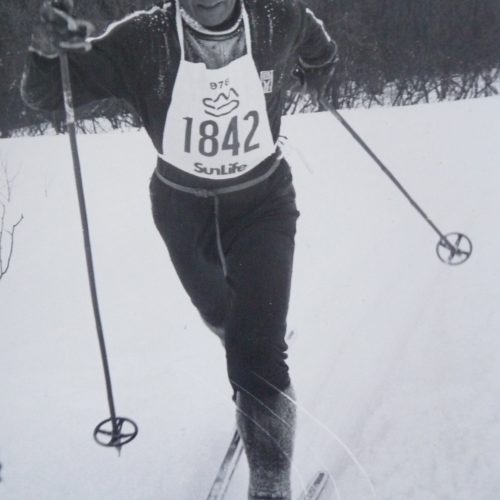