Twinski Club
(1964)
Association that had a great influence on ski teachings in the Laurentians and, more particularly, in the ski teachings to women.
Inducted in 2005

Twinski Club takes its name from the famous twins, Rhoda and Rhona Wurtele, Canadian ski champions in the 40s who founded the club in 1964. In those days, ski clubs were very popular among youngsters. Parents, especially mothers, drove their kids to their ski lessons and spent the day waiting for them. From that situation was born the idea of initiating them to skiing. Twinski Club had a big influence on ski teaching in the Laurentians, and particularly on ski teaching to women. still today, the former members of the club meet on a regular basis to ski, for the friendship and for the joy of being together. 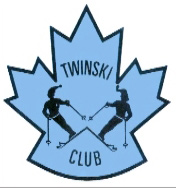