In 1938, Heinz Von Allman, ski instructor in Sainte- Marguerite, decided to gather all the Laurentian ski instructors together in order to standardize the teaching methods. Louis Cochand, also instructor in Sainte- Marguerite became, in 1939, head instructor for the Canadian Ski School. In 1949, the now called Canadian Ski Instructors’ Alliance became a Canada wide organization. In 1969, they had 3,000 members and offered 4 levels. In 1987, the CSIA organized the 1st Canadian Interski in Banff, Alberta. In 1994, they created an instructors program for snowboarders. Finally, in 2013 they celebrated their 75th anniversary with over 20,000 members. 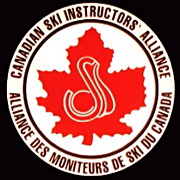